The Measure of Success 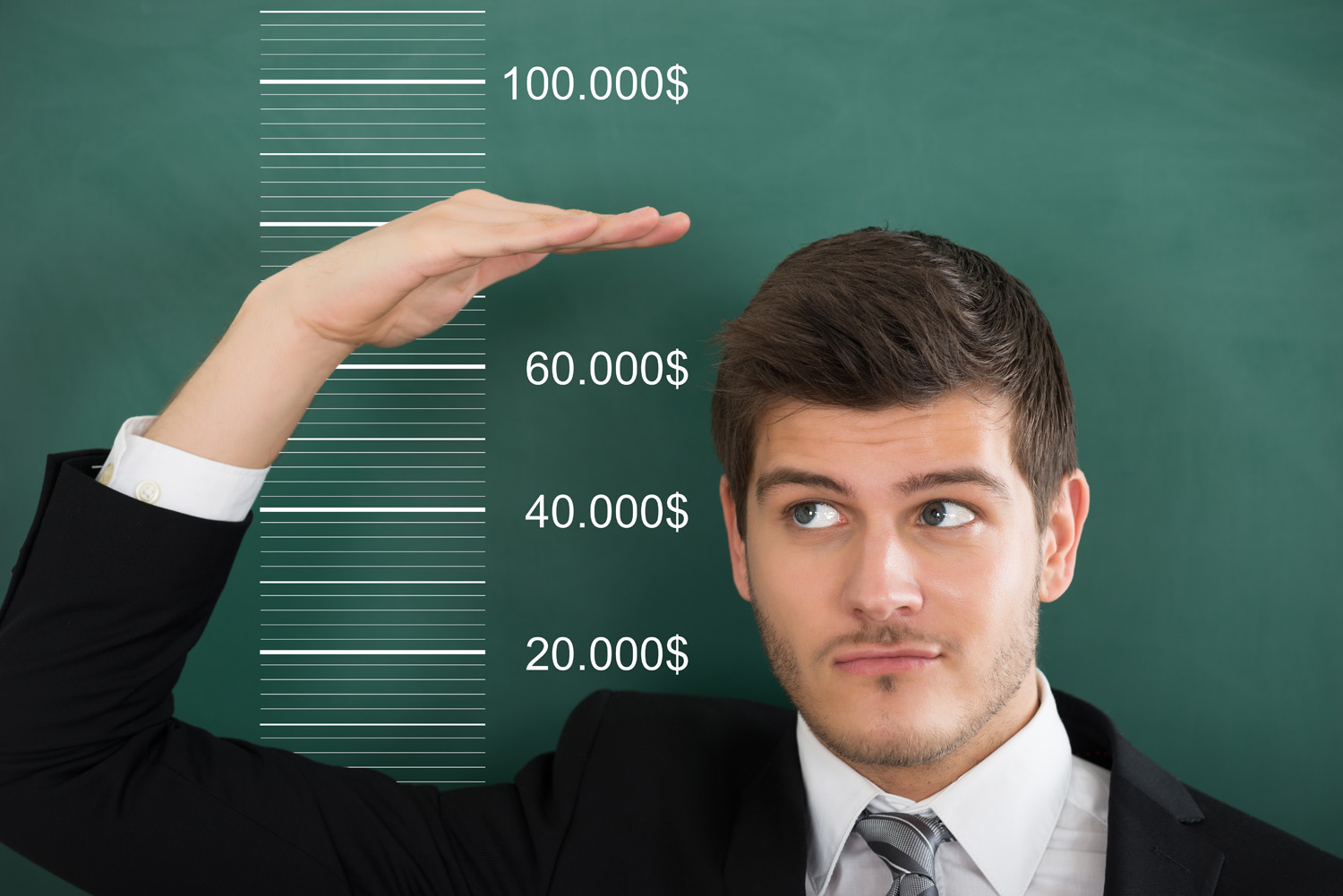 Why Do Tall People Get Bigger Paychecks?

Dress for success no matter where you work with stylish Elevator Shoes from TallMenShoes.com.

As if the vertically-challenged don't have to deal with enough (what with hemming pant legs, straining to peer over people at concerts, and struggling to reach the top shelf at grocery stores), it turns out taller people are better compensated than their shorter colleagues. To add insult to injury, height has not only been linked to larger paychecks and greater self-confidence, but also to higher intelligence.*

For decades, social scientists have studied what is referred to as the "height premium" - the increased earnings that, on average, taller people receive. A 2001 study by Nicola Persico, Andrew Postlewaite and Dan Silverman of the University of Pennsylvania, found that it's the height a person had as a teenager that matters when it comes to bringing home the bacon as an adult.

"Two adults of the same age and height who were different heights at age 16 are treated differently on the labor market," Persico, Postlewaite and Silverman concluded. "The person who was taller as a teen earns more."

"Those who were relatively short when young," they continued, "were less likely to participate in social activities associated with the accumulation of productive skills and attributes, and report lower self-esteem."

Weak self-esteem and underdeveloped social skills can negatively affect the image one portrays to co-workers and managers as an adult. A person who lacks confidence is generally seen as less authoritative and may have a harder time convincing employers of his or her leadership potential. And those shortcomings (pardon the pun) prove particularly detrimental when hiring managers determine salary.

A 2004 study by psychologist Timothy A. Judge, Ph.D., of the University of Florida, and researcher Daniel M. Cable, Ph.D., of the University of North Carolina, found that every inch of height amounts to a salary increase of about $789 per year (the study controlled for gender, weight and age). By this calculation, someone who is 6 feet tall earns $5,525 more annually than someone who is 5 feet, 6 inches. Over the course of a career, of course, those numbers can really add up.

"Perhaps when humans were in the early stages of organization, they used height as an index for power in making 'fight or flight' decisions," Judge told the "Monitor on Psychology," a publication of the American Psychological Association. "They ascribed leader-like qualities to tall people because they thought they would be better able to protect them. Evolutionary psychologists would argue that some of those old patterns still operate in our perceptions today." "As early as age 3 -- before schooling has had a chance to play a role -- and throughout childhood, taller children perform significantly better on cognitive tests," Case and Paxson state in the study.

"As adults," they continue, "taller individuals are more likely to select into higher-paying occupations that require more advanced verbal and numerical skills and greater intelligence, for which they earn handsome rewards."

In other words, the inflated paychecks of tall people may have less to do with biases and social stigmas than previously believed. If taller people do, in fact, select occupations that require more advanced skills, employers may be justified in granting them higher salaries.

Perhaps most importantly, Case and Paxson highlight the important role proper early nutrition plays in determining both height and cognitive ability. A person's ability to achieve his or her greatest potential intelligence may boil down to the care he or she received in the womb and during the first three years of life.

This means, whether tall or short, a person's health as a baby could directly correlate to the health of their paycheck when they enter the workforce.

Here's the good news. Even though the deck may be stacked against you, jackpots have been won at the poker table without the best cards. No matter how much stock you place in the work of the scientists above, you can bank on your personal drive, commitment and attitude. We can help you get where you belong with Elevator Shoes to match any business situation, whether you're meeting with potential clients, leading a team into a project or just killing the daily grind.

Our elevator shoes for work come in a variety of elegant, luxurious styles, and include timeless classics such as Oxford and Derbies, casual loafers that pair well with khakis or jeans, or even fashionable, trendy choices for making a commanding statement. All of them are made to give you anywhere from two to five extra inches in height, boosting your confidence and stature. Because they are made from superior materials, your co-workers will never know that you're wearing elevator shoes.

TallMenShoes.com is committed to helping you reach your goals. We'll be there every step of the way.